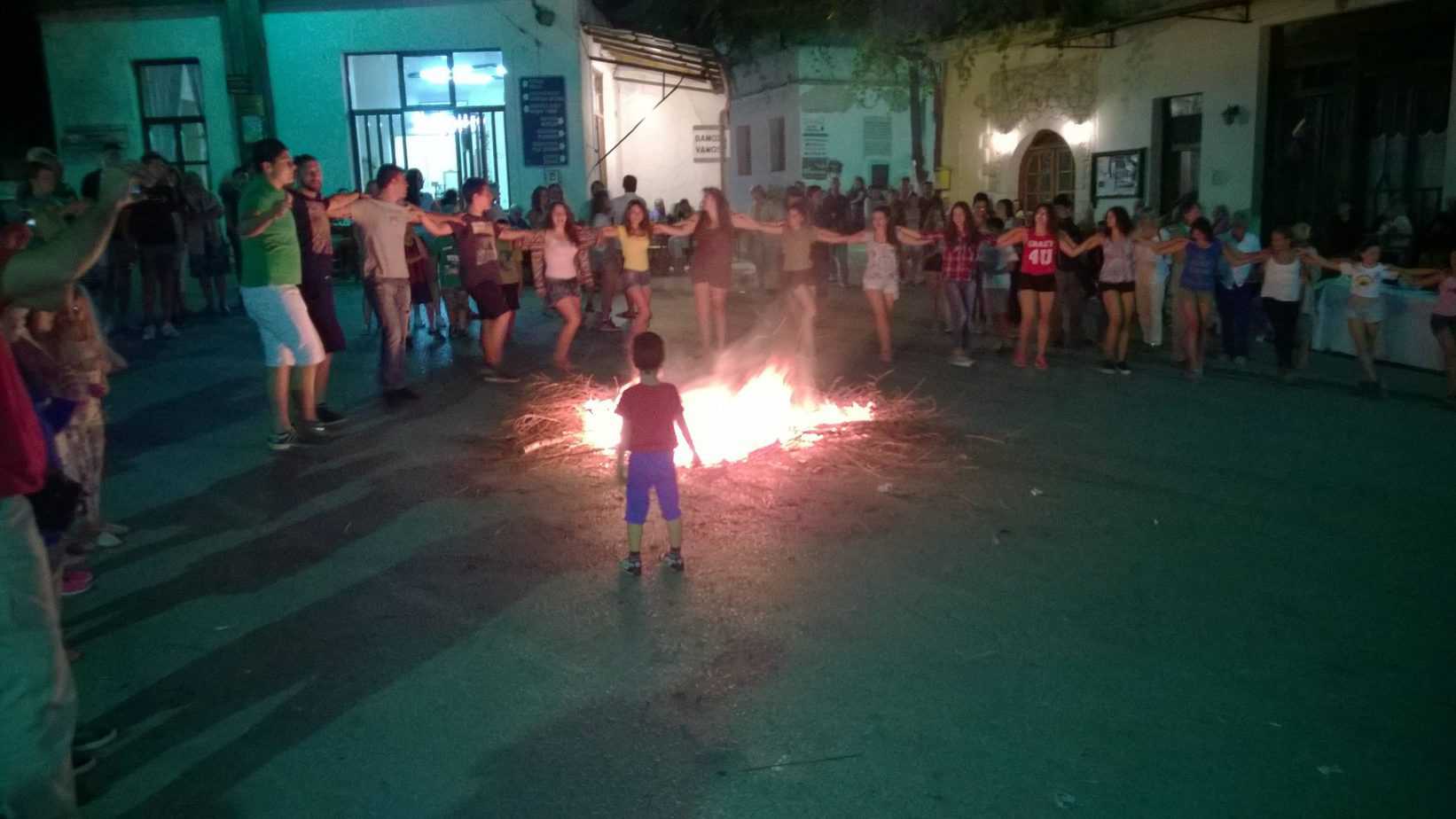 The Cretans love to celebrate and there is almost always a feast somewhere. Often it is related to the feast day of one of the saints, a wedding or baptism and it is always an occasion for eating, drinking and having a good time.

Easter (Google Orthodox Easter dates) It's the most important Cretan and Greek feast. Celebrations start with a midnight mass on Saturday night to commemorate the resurrection of Christ. Everyone lights a candle and calls "Christos anesti" (Christ is resurrected) and a large bonfire is lit on every village square (or in front of the church) and the effigy of Judas is burnt. Afterwards, people return to their house to eat and break their fast.

Carnival marks the beginning of the fasting period prior to Easter. There are carnival processions in the cities. The best known are in Rethymno, Souda and Chania.

Annunciation – 25th March. It is also a feast in remembrance of the revolt of 1821 against the Turks

Feast of St. George – 23rd April. St George is one of the most important saints in the orthodox religion, the patron saint of shepherds and peasants but also the military.

May Day – 1st May. Spring festival where people drive out in the countryside, pick flowers and make wreaths to hang over their house doors. Many Cretans take their first swim in the sea on this day.

21st May - Around this date several ceremonies take place in the province of Chania in remembrance of the invasion of by the Germans in 1941 and the Cretan resistance.

Prophet Elias day - 20th July. Many chapels built on peaks and hills are dedicated to the prophet Elias. He is also seen as the Christian incarnation of the sun god Helios (note the similarities in names).

Assumption Feast of the Panagia – 15th August. It is the most important feast of the year after Easter and an occasion for big celebrations.

Oxi Day/Greek National Day - 28th October. Commemorates the "No" (Oxi, pronounced locally as “Oshee”) of the Greek government to the capitulation ultimatum of Mussolini in 1940. This day is primarily for military and school parades.

17th November - Remembrance of the bloody suppression of a student uprising at the Polytechnic University of Athens by the military junta in 1973.

St Nicholas - 6th December. An important day as Saint Nicholas is the patron of sailors and seamen.

Christmas is far less significant in Greece than Easter but the commercial aspects of Christmas are becoming more and more visible every year.

New Year is a small family celebration but nowadays people also go out at midnight to light fireworks or, in regions such as Sfakia, to celebrate the New Year with gun fire.